Learn more about our company, see our news and latest updates.

Rare case today at Riverside:
Most upper eyelid excess hooding is from too much skin and orbital fat. This patient though also had herniated prolapsed lacrimal glands (which makes the tears that lubricate our eyes )that caused bulging outer corners. I needed to locate these glands and suture them back under bone where they belong. If I mistook them for just fat and instead cut these glands out his eyes would have dried up and gone blind. Below pics demonstrate herniated lacrimal gland before reducing under bone on left and before and immediately after surgery on right. Completely covered by insurance since an opthalmologist confirmed the hooding was blocking his vision. 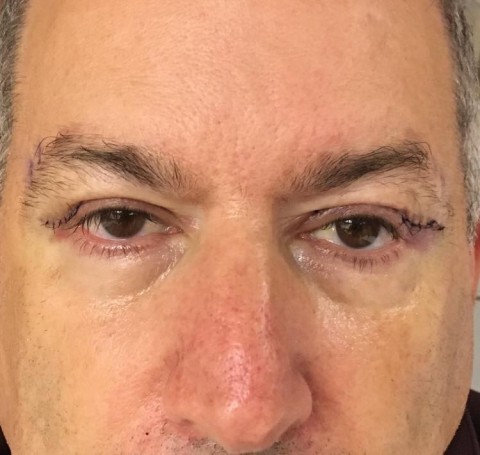 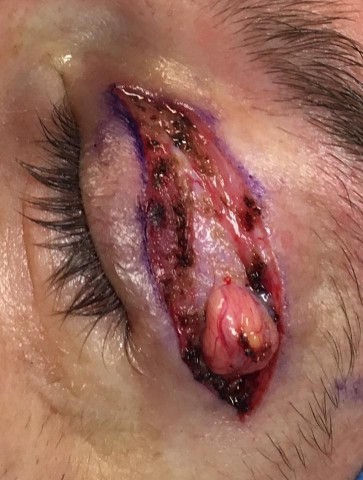 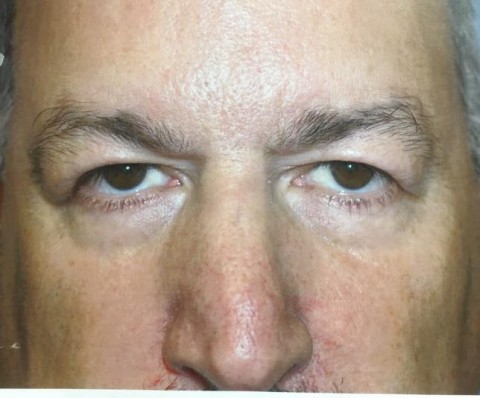 Dr. Frank J. Scaccia is a board certified Facial Plastic Surgeon who specializes in cosmetic and reconstructive procedures involving the head and neck region. Born and raised in New Jersey he returned to his home state to establish his career. He is uniquely qualified in that he is certified by both the American Board of Facial Plastic and Reconstructive Surgery and the American Board of Otolaryngology (Ear, Nose & Throat, Head & Neck Surgery). His training and experience have also made him an expert in the fields of sinus disease, nasal breathing disorders, snoring and sleep apnea. Dr. Scaccia has over 20 years of plastic surgery experience, which includes 7 years of surgical residency after medical school. He attended college at Duke University and graduated Magna Cum Laude and Phi Beta Kappa. He continued his education in North Carolina by studying at Wake Forest University where he obtained his M.D. degree. This was followed by seven years of intensive surgical residency training; which included four years of specialty training at Case Western Reserve University in Cleveland, Ohio. During this time, Dr. Scaccia visited and learned from world-renowned facial plastic surgeons from various parts of the United States; including New Orleans, Louisiana, Birmingham, Alabama and Beverly Hills, California. Dr. Scaccia has published and presented scientific papers at facial plastic surgery symposiums throughout the country and has also been involved in teaching residents and medical students at all levels. He has received international recognition through journal and textbook publications in nasal/sinus surgery, eyelid surgery and facial implants. In addition, his surgical abilities have been featured in Time, Newsweek and on Channel 7 “Eyewitness News.” His list of qualifications include the Jack Anderson Award, given for excellence in his field for scoring the highest grade in the United States on his 1995 board certifying examination in facial plastic surgery. He has been actively recruited as a spokesman on both a local and national level for various pharmaceutical and medical product corporations. Dr. Scaccia also volunteers his time to organizations that benefit the poor and victims of domestic violence. In regards to his work ethics, he is compassionate, honest, meticulous and strives for perfection in all that he does.

Content and photos are the intellectual property of Frank J. Scaccia, M.D., F.A.C.S. and Riverside Nasal & Sinus Center and may not be used or duplicated for any reason. ©2017

Examples of some of Dr. Scaccia’s surgical results.
All photos are untouched and shown with patient’s permission.
Disclaimer: Results may vary*

No comments made yet. Be the first to submit a comment

By accepting you will be accessing a service provided by a third-party external to https://www.riversideface.com/